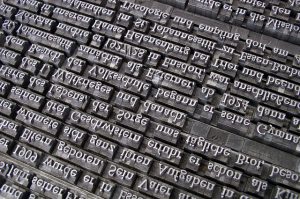 Word frequency lists can be a helpful aid in learning a foreign language. Learning words in the order in which they’re most commonly used assures you that you’re covering all of the most important words. However, most people have difficulty learning words in isolation. This article will show you how to put together your own language course which is based on the most common words in a language, and which uses entirely free resources.

Although there are some companies which sell frequency lists, Wiktionary has free lists available for 51 languages. The lists have varying numbers of words, so you can decide how many of them you want to learn in order to get to your desired level of fluency. There are a number of ways of measuring this. One estimate lists a range from 500 words for A1 to 16,000 words for C2. Another estimate says that just learning the most common 1000 words should be enough to understand most conversation. The same article also gives an estimate of 5,000 words for a native speaker without higher education, and 10,000 words for a native speaker who does.

It might be an idea to invest in a dictionary to do this, however, there are plenty of free resources online. Tatoeba  has thousands of sentences which are translated between many different languages. Word Reference  is an free online dictionary which has a large number of example sentences.

Put the Sentences into an Excel Document.

There are a number of ways to do this. Personally, when I’m collecting sentences, I put them in a Word document with the English translation, and then copy and paste them into Excel.  However, there’s no reason why they can’t be put into the Excel document directly if that would work better for you. Each level in Memrise holds up to 1000 entries, but it won’t work for more than 99 entries at once on my internet connection.

Put the Sentences into a Spaced Repetition Learning Website.

I personally use Memrise, but many people who use sentence mining prefer Anki. This video shows how to use Memrise’s ”bulk add” feature.

Add Audio to Your Sentences.

There are a number of brands of text-to-speech software on the market, but an excellent free version is the Sound of Text  website. Sound of Text is very straightforward and easy to use. There are over 40 languages available, including some rarer ones like Macedonian and Swahili.

That’s the best way of learning a language that I know of. I know it’s time consuming. However, it’s not necessary to have all of the sentences from all of the words before you start putting the language course online and using it. And these directions aren’t written in stone. One of the best things about self-learning is having the freedom to adjust things to whichever way works best for you.