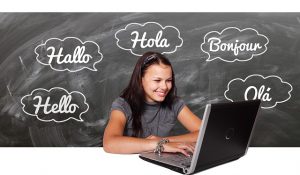 If you’re looking for a way to learn a foreign language for free, this post will discuss two great resources. The first one, Memrise, has been around for a number of years, while the second, Clozemaster, is more of a newcomer. Both have a wide variety of languages on offer, and both are based on spaced-repetition.

Memrise offers courses in many other subjects besides languages, such as business, sciences, and humanities. The language courses include many exotic languages from around the world, and are mostly put together by other students. Memrise recently put together numerous courses by taking a bus through Europe and recording native speakers in various countries. There is also an active users’ forum. Memrise offers both free and paid memberships.

Clozemaster uses a method in which the learner is presented with a sentence in the foreign language, and has to select the missing word. The sentences use words based on frequency lists. On the first level, you go through several hundred sentences which use the 100 most common words, and then the second level uses the 500 most common words, etc. The full courses for the most common languages often have between 100,000 and 200,000 sentences. However, there is a Fluency Fast Track option which uses around 50,000 sentences, yet still contains the most common words. Clozemaster also offers both free and paid memberships.